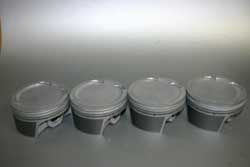 BMW owners are familiar with BMW Motorsport’s “M”. This time we would like to introduce the O/H with a MAHLE piston by 27MotorSports, which is set up to the E30 M3 power unit. 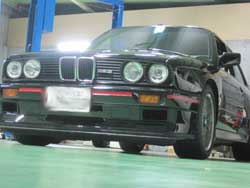 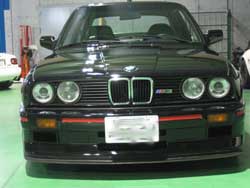 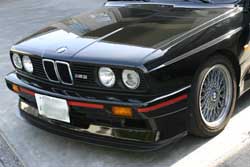 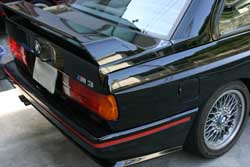 Sport Evolution (hereby SE ; 2.5L) was produced to homologate the M3 for touring car racing. It is a special one out of the special ones.

27MotorSports is Mahle MotorSports’ Japanese agent.
This time we got to the customized piston for E30 M3 SE just because we wanted to revive the good old MAHLE piston.

Let’s take a look at the SE genuine piston 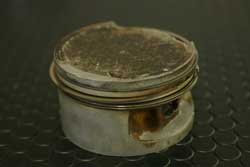 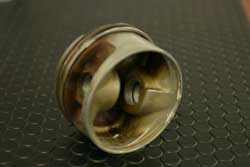 The material is cast. On the backside of the pin the so called anchor is set up and it is a heavy construction.
The weight is 480g and the BMW genuine price is surprisingly high.
The SE was originally developed for racing – it is light, made of high quality material.

The characteristics of MAHLE’s piston 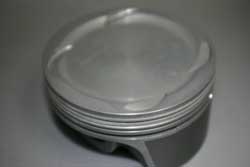 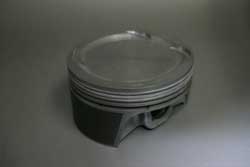 The compression ratio of the original piston for touring cars is over 12:1.
However, this time’s special piston by 27MotorSports has almost the same dimension as the genuine one with the purpose of keeping the original condition. 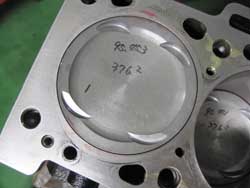 The bore has been set to the most suitable level for basic OH.
The recess can respond to the 1mm OS valve diameter and the 1mm OS high lift cam.
The recess is a bit bigger, but the compression ratio almost doesn’t change. It can be safely used with stock ECU control or with a genuine ROM.
A thick 1.2mm・1.2mm・2.8mm ring is being used and the slipper skirt has a special shape. Furthermore, to the skirt graphal coating is applied, which lowers the friction and the slap sound very much. In this way we can get great efficiency.

The original M3 SE is a MAHLE product too. This time’s newly designed piston is based on the M3 SE genuine one. For this reason its reliability and efficiency are very good. 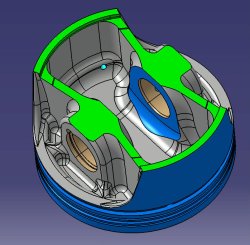 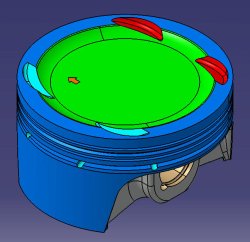 In the case of E30 M3 Sport Evolution piston pin DLC coating is carried out.
The meaning of DLC is DIAMOND LIKE CARBON which indicates that the carbon film’s hardness is diamond-like.
It is an extremely hard carbon which lowers the sliding friction.
The thickness is on a nano-level and for this reason it doesn’t affect the clearance at all.
In the industry DLC coating has been tried on many items of the engine parts, however, we at Maruha use it on the tip of E30 M3 Sport Evolution.

Removal and re-installation of the engine

To the removal and re-installation we use a strong engine stand table that is specially designed for engine work. In this way we can work on it safely. 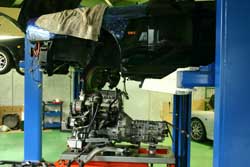 Then the engine and transmission ASSSY follows. We can say that our way is just the opposite to the maker’s way of assembling the engine. 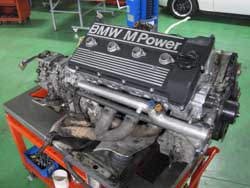 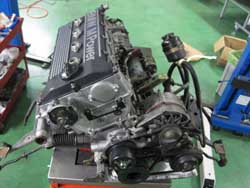 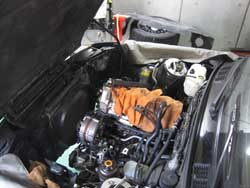 The inside during the disassembly

The car is over 20 years old, so the inside parts are in different condition, which is understandable. We suppose that the user has exchanged oil from times to times. However, in reality there is sludge and some break too.

On the piston top land we can see damage that looks like a burrow. We can suppose that the reason for this damage might have been a blow or the fuel ratio was not appropriate.

M3-SE is pure bred and it can be enjoyed on circuits too. However, in these cases we have to be prepared for damages.

The characteristics of Sport Evolution

Compared to the M3 2.3L engine, there are a few changes.
The setup of the camshaft, valve, piston, crankshaft, metal bearing, oil pan etc. is completely different.

We are looking for partners who could become dealers of our special BMW Pistons. Please feel free to contact us if you are interested or have any questions.